007 How does the tactile switch work (A)

The touch switch can be divided into two kinds according to the different principles. One is to use the metal dome to complete the switch switching on and off state. This kind of button touch switch has a good touch feel, and clicking sound appears when the button is pressed to a certain extent.  The other is the use of conductive rubber to complete the switch on the cut-off state of the tactile switches, this kind of switches feel is good, but the contact resistance is large, about 10000 times of the previous one. 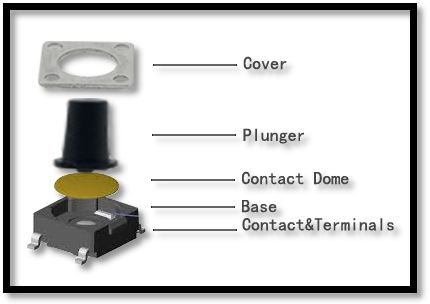 The structure of the touch switch can be divided into five parts, which is the cover, plunger, contact dome, base, and terminals, as shown in the figure.

The cover and base form the housing of the tactile switch. Light touch switch, other manufacturer called tactile switch or tact switch, is divided into common type and waterproof & dustproof type according to the manufacturing process. It is usually made of plastic resistance to high temperature and fatigue, such as LCP, PA66, etc. 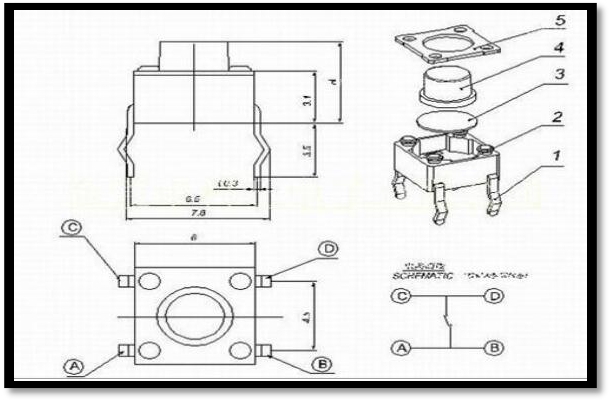 The plunger refers to the place where the external force is applied.  It is made of metal, stainless steel or copper, as well as plastic, such as LCP or PA66, and silicone rubber, depending on the feel of the button. There are sharp feel, common feel and soft feel for choose from.

Contact dome is the key component of the button tact switch, the switch on and off is caused by the change of the dome force. In the general, it is made of stainless steel. 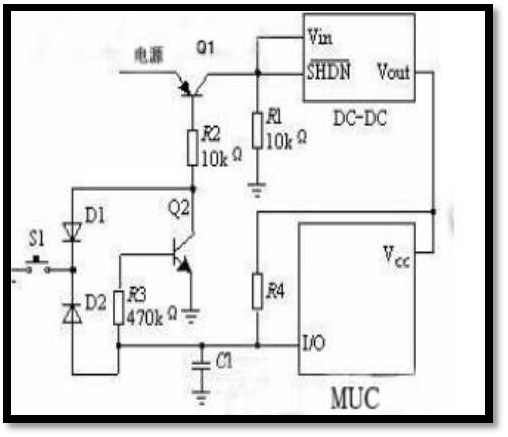 Terminals refers to the joint of light touch switch and circuit, generally for 2-6 pins, sometimes there is a terminal pin used in ground effect, when the tactile switch is the correct stress, four terminals make the circuit conduction, and the tactile switch without external force pressure on the right, four terminal pins are not mutually, makes the circuit in the disconnected state. It is generally made of copper in order to achieve good electrical conductivity.