Capacitors, like tactile switches, are common electronic components. Other manufcturers also call the tactile switch as tact switch, push button switch, or light touch switch, and so on.

A. The definition of capacitor
A capacitor, often referred to simply as its capacity to hold a charge, is denoted by the letter C.
Definition 1: A capacitor, as its name suggests, is an ‘electric container’, a device that holds an electric charge. English name: capacitor. Capacitors are one of the most widely used electronic components in electronic equipment. They are widely used in circuit isolation, coupling, bypass, filtering, tuning loop, energy conversion, control and other aspects.
Definition 2: a capacitor. any two conductors (including wires) that are insulated from each other and closely spaced constitute a capacitor. Capacitors are different from capacitors. 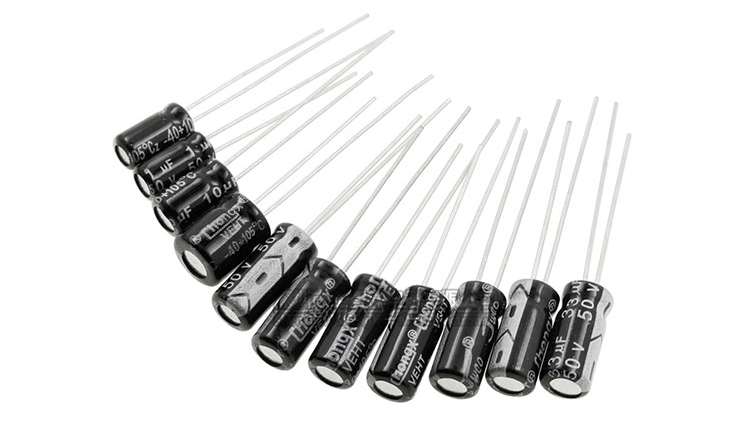 B. Use of capacitors
(a). Dc isolation: the function is to prevent dc from passing through and allow AC to pass through.
(b). Bypass (decoupling) : Provides a low impedance path for some parallel components in an AC circuit.
(c). Coupling: A connection between two circuits that allows ac signals to pass through and be transmitted to the next circuit.
(d). Filtering: this is very important for DIY, the capacitor on the graphics card is basically this role.
(e). Temperature compensation: to improve the stability of the circuit by compensating for the impact of the inadequate adaptability of other components to temperature.
(f). Timing: The capacitor is used in conjunction with the resistor to determine the time constant of the circuit.
(g). Tuning: Systematic tuning of frequency-dependent circuits, such as cell phones, radios, television sets.
(h). Rectification: To turn on or off a conductor switch assembly at a predetermined time.
(i). Energy storage: Storing electrical energy for release when necessary. Such as camera flash, heating equipment and so on. (Today, some capacitors can store as much energy as lithium-ion batteries, and a single capacitor can power a cell phone for a day.